Antibodies are complex proteins naturally generated by the immune system to neutralize foreign pathogens such as bacteria or viruses. B cells, a white blood cell type responsible for the generation of antibodies in response to pathogens, secrete billions of antibodies with different specificities into the bloodstream. Antibodies are structurally distinct Y-shaped proteins formed through the combination of two long proteins, called heavy chains, and two short proteins, called light chains. Each heavy and light chain pair forms a binding site where the antibody specifically binds its target, otherwise known as an antigen, at the Fab domain of the antibody molecule.

The specificity of each antibody to a target, and the potency of its binding strength to that target are defined by the amino acid sequences of heavy and light chains in the Fab domain of the antibody molecule. The other end of the antibody, called the Fc domain, is responsible for communication between the antibody and the rest of the immune system. Fc domains bind to various receptors and cause immune system effector responses. 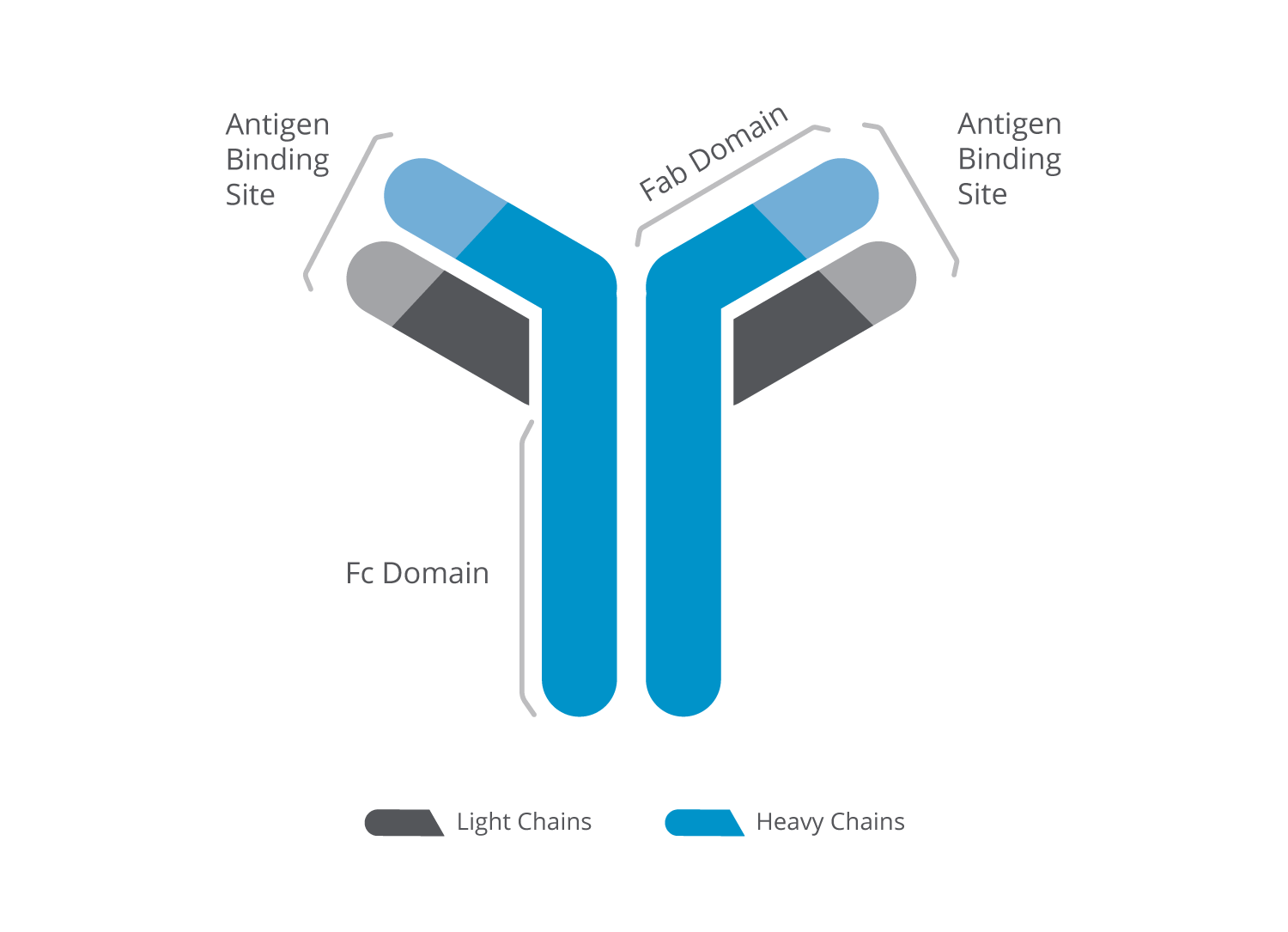 Our innovative platform is designed to replicate the natural process of somatic hypermutation (SHM) embedded within the human immune system to rapidly develop a diverse range of therapeutic-grade antibodies in vitro. SHM is a critical, endogenous process that generates the essential antibody diversity required to develop a natural immune response to pathogens. Our genomes encode a limited number of antibody genes, which are insufficient to generate antibodies against the wide variety of foreign pathogens encountered from the external environment. SHM enables our immune system to expand the limited diversity encoded within our genomes to the billions of antibody specificities required to defend ourselves against external pathogens.

The key enzyme required for SHM is called activation-induced cytidine deaminase, or AID. AID has been genetically conserved throughout mammalian biology and is required for the non-random mutagenesis pattern associated with SHM. AID is specifically expressed by B cells after contact with a foreign pathogen and modifies antibody sequences in a non-random fashion. Through SHM, B cells evolve antibodies with the potency and specificity required to clear the foreign pathogen. However, within the in vivo environment, SHM does not generally progress to the creation of high potency antibodies or develop antibodies against the body’s own proteins. 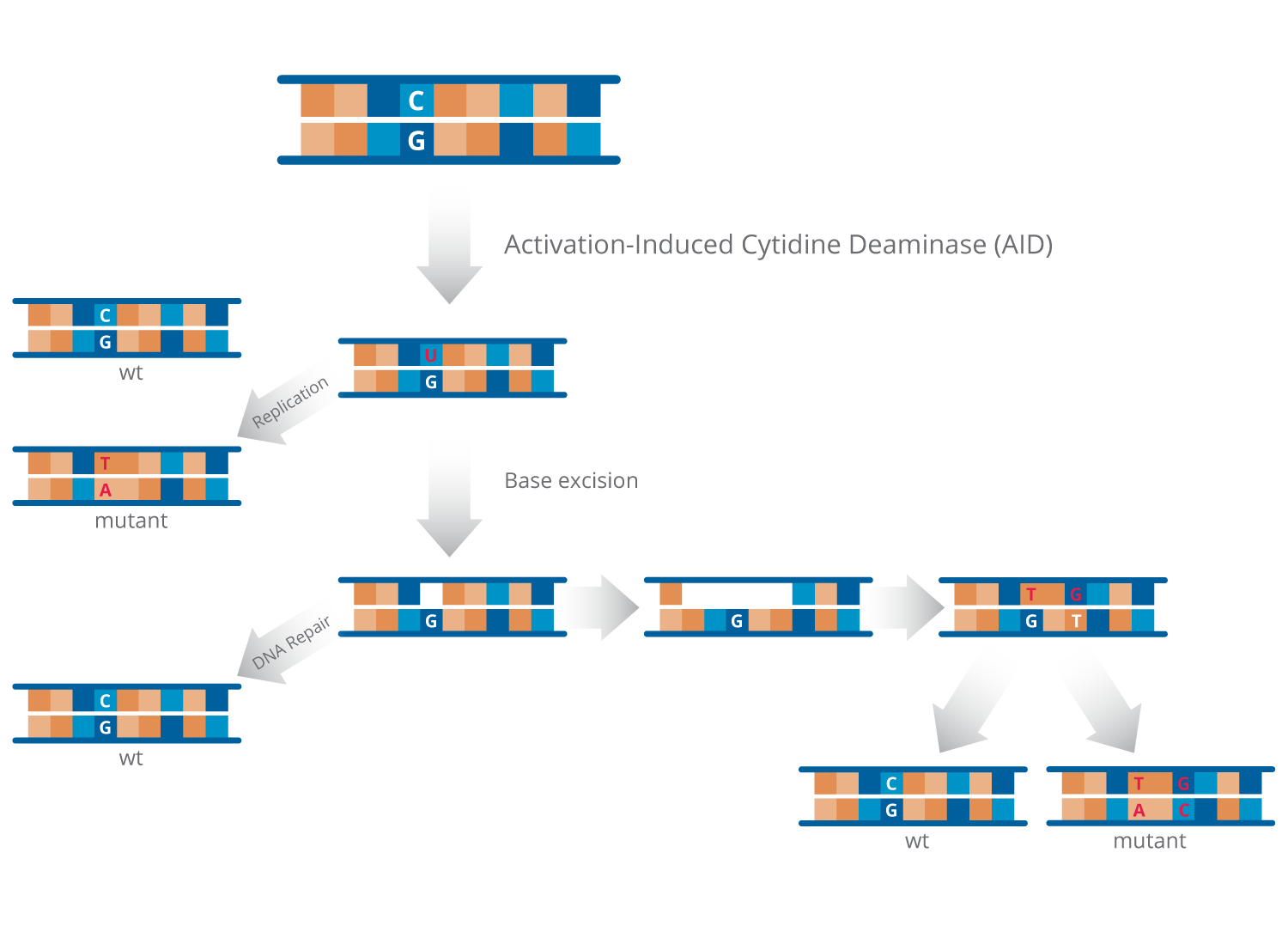 By coupling in vitro SHM with our mammalian cell system that simultaneously displays and secretes antibodies, we believe our SHM platform is able to rapidly identify and mature antibodies with desired functional activity to high potency while simultaneously mitigating the risks associated with manufacturing. We introduce AID into mammalian cells to replicate the non-random mutagenesis SHM pattern observed within B cells in vivo. Starting with a library of either fully-human or humanized antibodies, our platform generates AID-based variants of the starting antibody library throughout the process. We have demonstrated that the pattern of mutagenesis we observe in vitro using our platform technology closely mimics the pattern observed among in vivo generated antibodies, thereby increasing confidence that antibodies generated by our platform will be tolerated when used as therapeutic drugs in humans.

By selecting antibodies based on their antigen binding from the broad antibody library population our SHM platform develops, we are able to evolve in an iterative fashion the binding potency and function of antibodies to levels that we believe will be required for therapeutic use. We believe this approach allows us to rapidly generate antibodies with high binding potency against a target. Through this approach, we have successfully generated therapeutic antibody product candidates to more than 25 targets, including targets that have been challenging for competing antibody technology platforms.

Each evolving antibody is expressed within the SHM-active mammalian cell to concurrently (i) display the evolved antibody on the cell surface to permit cell sorting selection for potency properties while (ii) the same antibody is secreted into the extracellular media at sufficient quantities to permit functional assays to be conducted. In this manner, the evolving antibodies expressed by each transfected cell are assessed in a high-throughput fashion for the desired functional activity relevant to the therapeutic mechanism. 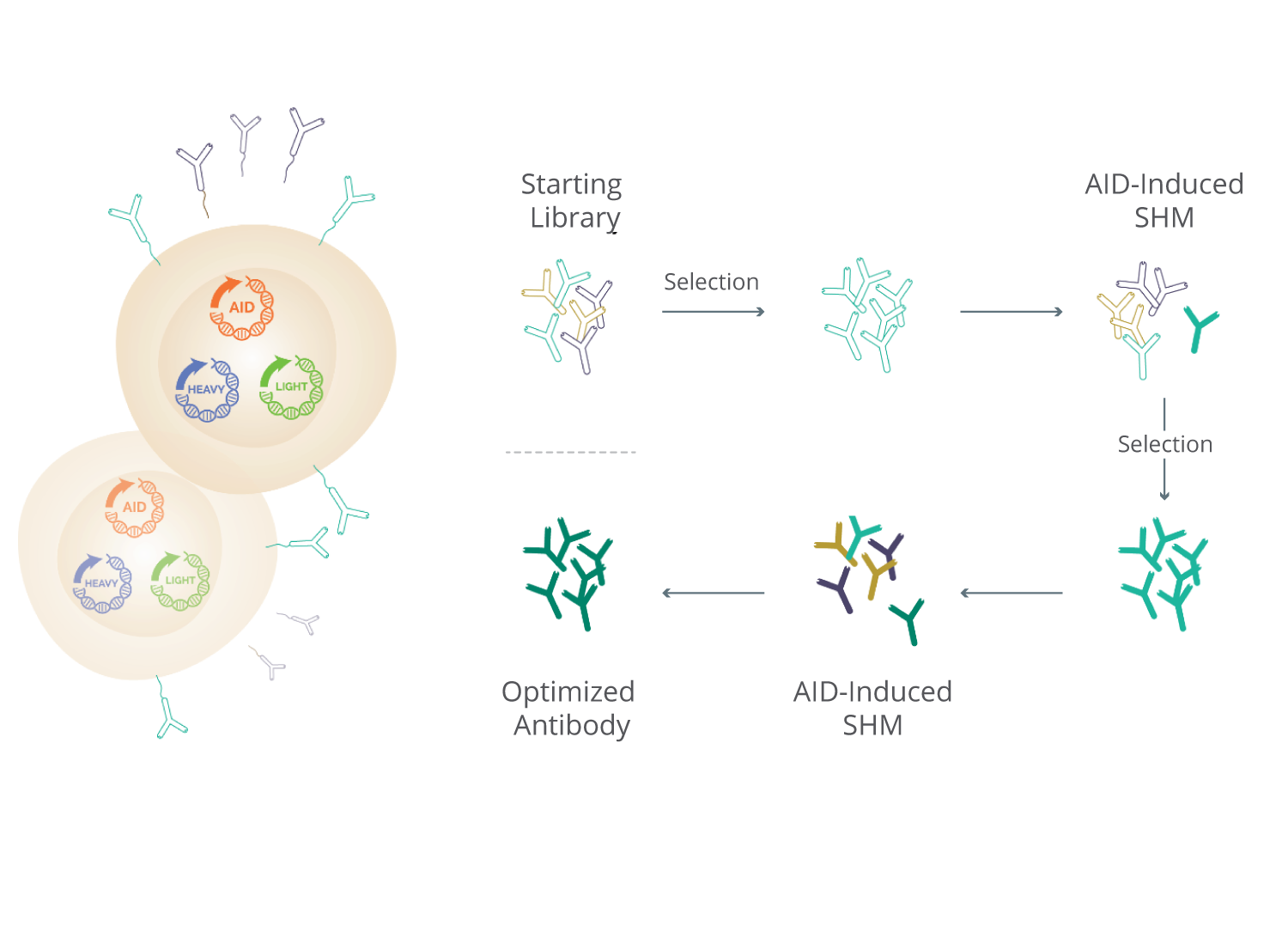 We believe our SHM platform has the following advantages over competing approaches:

Diversity Against Difficult Targets
We are able to generate an unprecedented diversity of antibodies by applying SHM-based diversification outside of the constraints of an in vivo environment. This enables us to develop antibodies against human targets that we believe have not otherwise been accessible to prior technologies.

High Potency
Because our platform generates highly-potent antibodies, we are potentially able to modulate every extracellular target associated with human disease, and believe only small therapeutic doses may be required to mediate therapeutic effect in vivo.

Functional Activity Selection
Our mammalian cell system simultaneously displays and secretes antibodies during the antibody discovery process, allowing us to incorporate functional assays throughout the process and focus on producing product candidates that are optimized for the desired therapeutic activity.

Manufacturability
By utilizing our mammalian cell display system, we believe our approach increases the probability of success in manufacturing and commercialization by mitigating risks associated with antibody expression, formulation and stability.

PD-1 and PD-1 ligands: from discovery to clinical application

Discovery and Characterization of ANB032, a Novel BTLA/HVEM Checkpoint Modulator for Autoimmune/Inflammatory Disease

Imsidolimab, an Anti-IL-36 Receptor Monoclonal Antibody, in the Treatment of Generalized Pustular Psoriasis: Results from a Phase 2 Trial

A Phase 1 Study of ANB019, an Anti-Interleukin-36-Receptor (IL-36R) Monoclonal Antibody, in Healthy Volunteers

Mammalian cell display for the discovery and optimization of antibody therapeutics

The Biochemistry of Somatic Hypermutation

Preclinical characterization of dostarlimab, a therapeutic anti-PD-1 antibody with potent activity to enhance immune function in in vitro cellular assays and in vivo animal models

Identification and characterization of TSR-042, a novel anti-PD-1 therapeutic antibody

Identification and Characterization of a Potent Anti-Human Tim-3 Antagonist